Who are we?
Who are we? To get to know us, we’ll have to take you back in time.
Who are we, TenerifeLodge, climbing tenerife, climbing accommodation
160
portfolio_page-template-default,single,single-portfolio_page,postid-160,stockholm-core-1.1,select-child-theme-ver-1.1,select-theme-ver-5.1.8,ajax_fade,page_not_loaded, vertical_menu_transparency vertical_menu_transparency_on,wpb-js-composer js-comp-ver-6.0.5,vc_responsive

To get to know us, we’ll have to take you back in time.

When we opened the first Tenerife Outdoor shop in Granadilla in 2006, we received a few requests of climbers who were looking for a decent accommodation close to the climbing areas. It was because of this repeated question over the first years that we came up with the project “Tenerife Lodge” and the response with great guests was as good as immediate.

In 2008 – 2009 Tenerife was still not really on the map as a great climbing destination, as a matter of fact very little was known outside of the Canary Islands about our great walls.

So, we (Tenerife Outdoor and Tenerife Lodge) thought it would be a great idea to invite some journalists over to cover an article about the sport in Tenerife. We teamed journalists up with local climbers who showed them some of the areas, they stayed in one of our lodges, rented one of our cars and they met us : a team of sport fanatics and climbers, who wanted to share their love for the sport with “the world”.

Our little idea caused a wave of positive reactions in the European climbing scene, especially due to the article in the German magazine “Klettern”. We saw more climbing guests come over and the news spread slowly but surely that this little island was a great escape during the winter months. 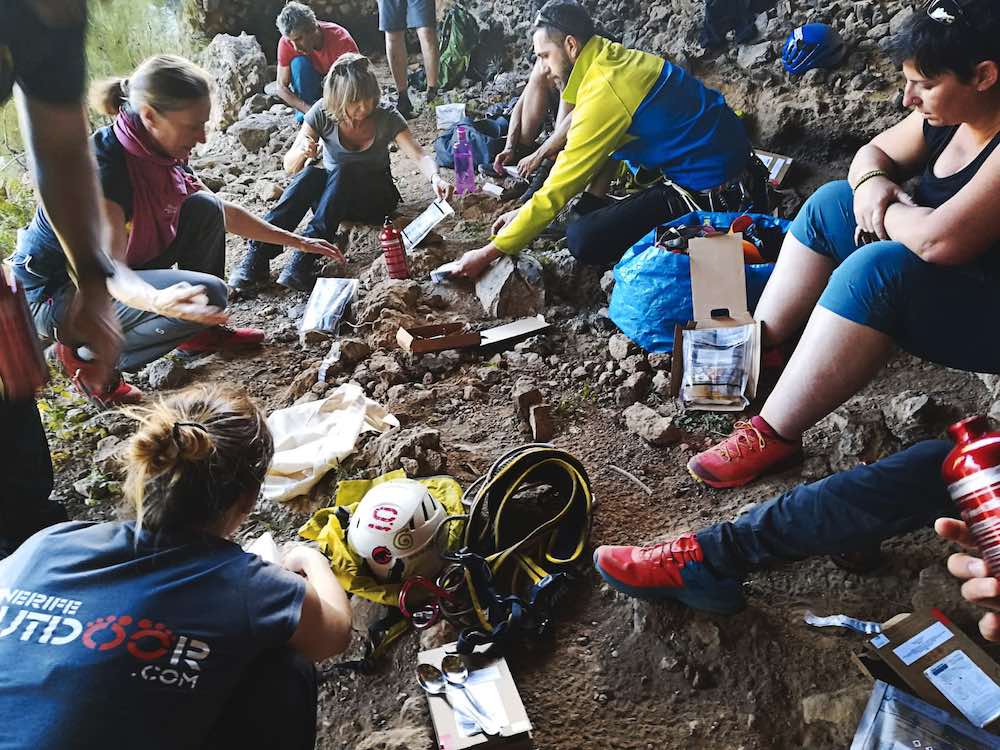 Now this little success story, that we had caused, created the need from our side to give back to the local climbing community and that’s how we came up with our third project “Roxtar” (more on this project on this website).

Another consequence was that we saw our friends opening the Tenerife Climbing House, Ocho Escalada opened its climbing school, the Tenerife Escalada Deportiva guide, made and published by one of our local climbers, became a hit and in 2019 a new updated guide was published. We embraced their passion and we all still work close together. Since 2015 more people have jumped on the climbing wagon and basic little accommodations have seen the light of day in the mountains, well known climbers and influencers gave their opinion about the island on their blogs and vlogs and more people started to offer climbing courses. Unfortunately, a lot of them stop their services after a year in Tenerife, mainly because living on a small island really isn’t everyone’s cup of tea.

The Tenerife Outdoor shop moved to Arico, but keeping an eye on Granadilla and its surroundings as we still consider the area as the better place to set up camp when you are a guest. Tenerife Outdoor is now considered the most specialized shop in the Canary Islands and is in the top 10 list of Spanish Outdoor shops, we’ve worked hard to get there, and we are very proud but mostly very thankful for this position. At our shops you will find passionate climbers, specialists who live here and who know everything about the climbing scene. 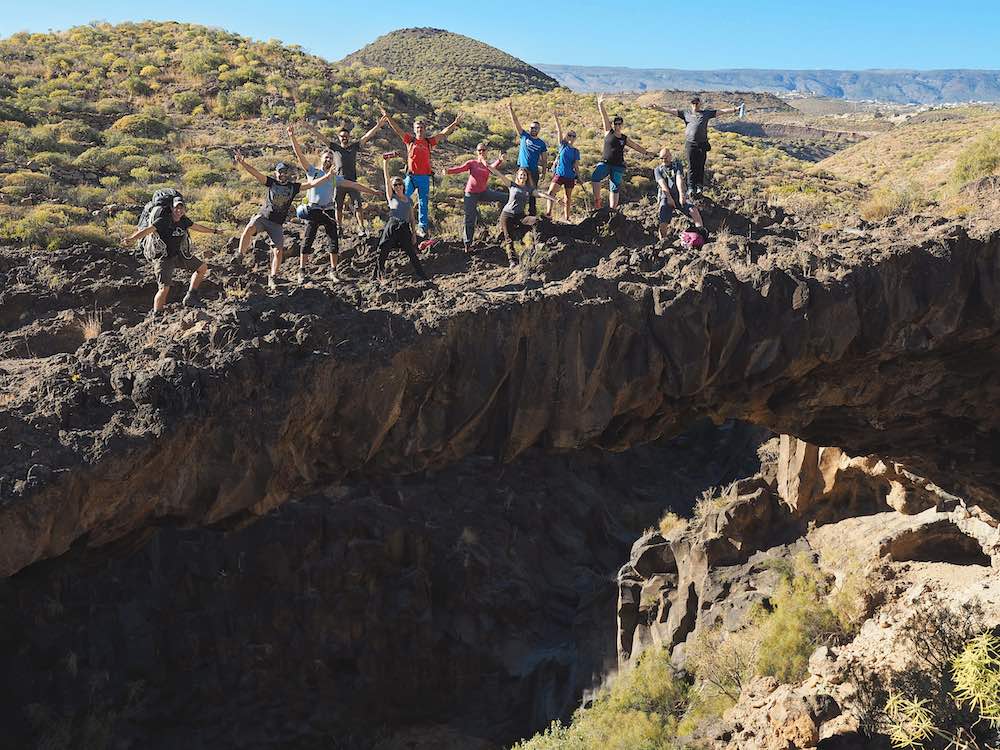 Tenerife Lodge has over the years only offered good quality/price accommodations that were all handpicked. We’ve set certain standards for our accommodations and we’ve built up a good name and a lovely clientele whom we see as our friends. We like to receive our guests in a friendly atmosphere, and we take great pride in giving them a very personalized service so they can enjoy all aspects of the Canarian lifestyle and our climbing, of course!

Our lodges are far from expensive and ALL have an excellent location to go climbing. Our guests always come first, and we like to give them exactly what they envision for their climbing holidays in Tenerife, all of this at no extra cost. We have passionate super hosts who like to help you out when needed and give you the info that you look for, while staying in Tenerife.   Booking your lodge with TenerifeLodge is booking with a small specialized local community that was the start and is the base of the climbing scene of Tenerife.