Here are a few facts, more info and answers to your most FAQ. 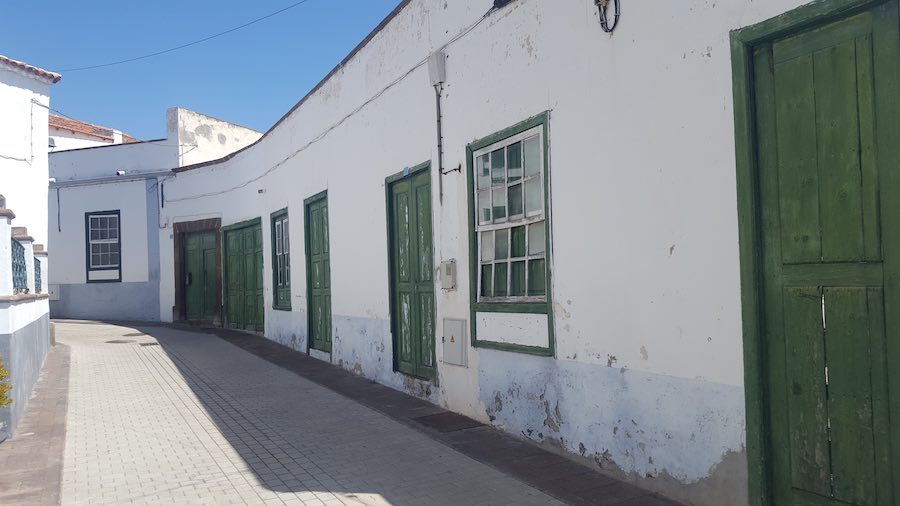 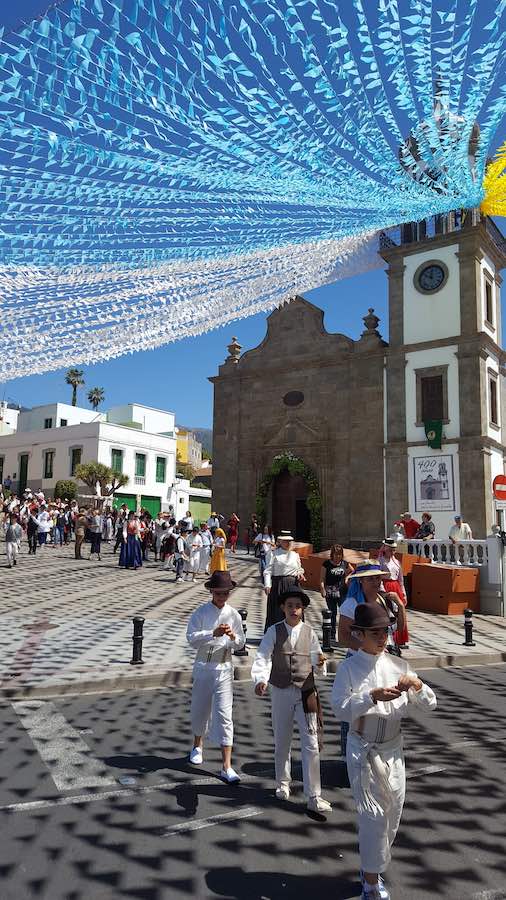 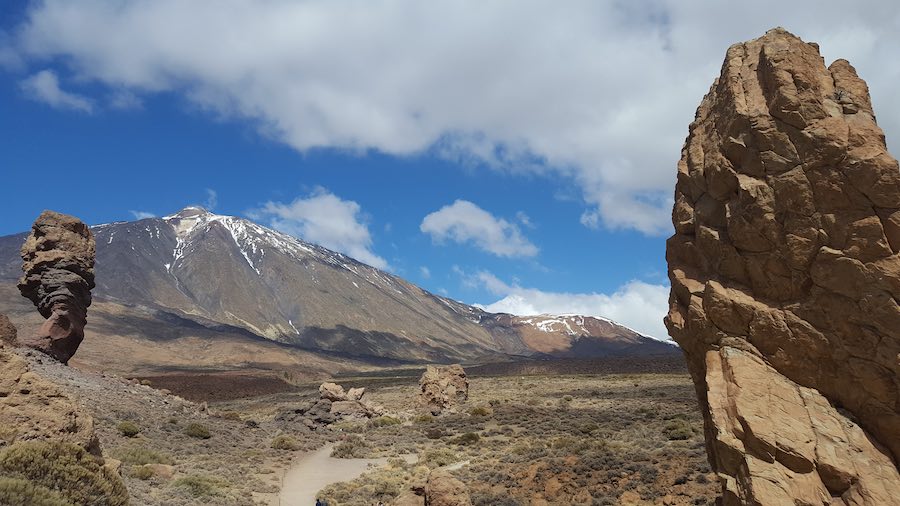 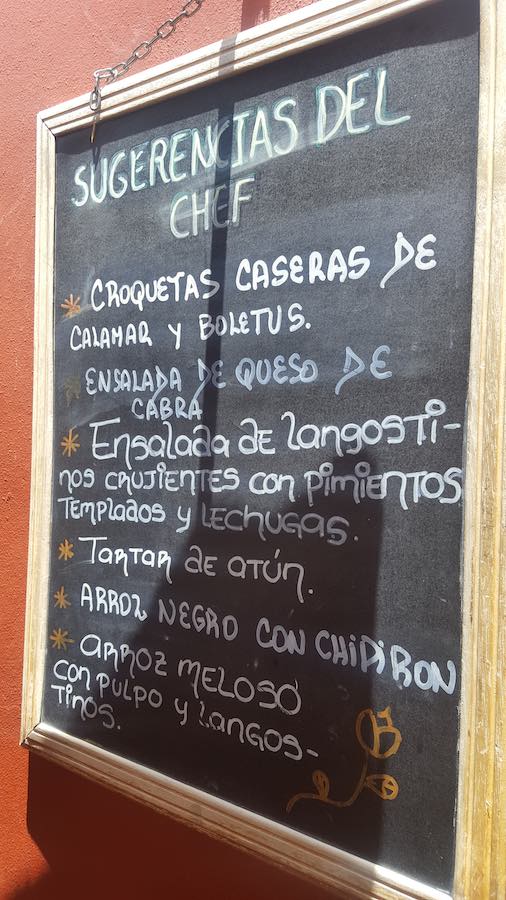 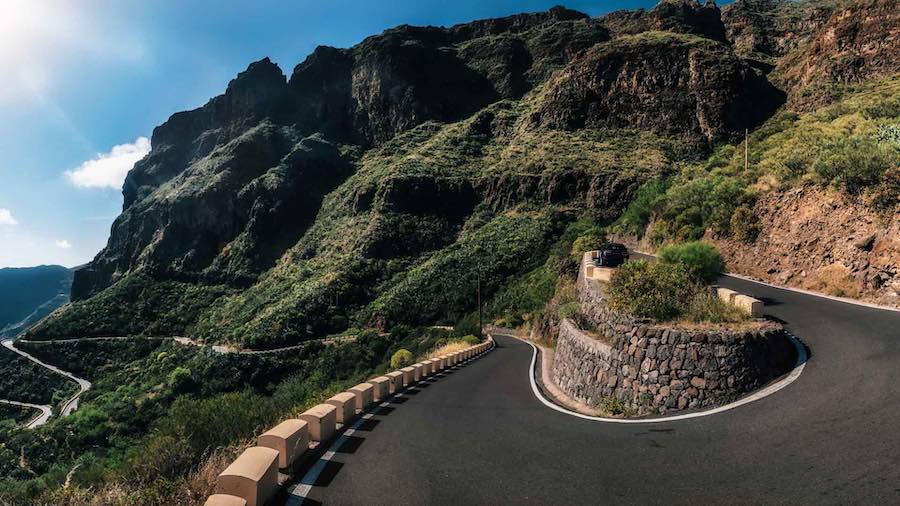 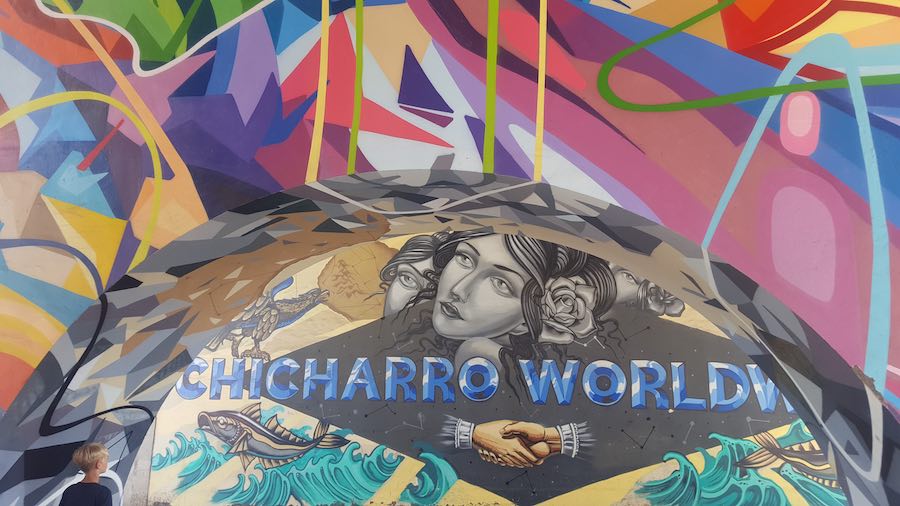 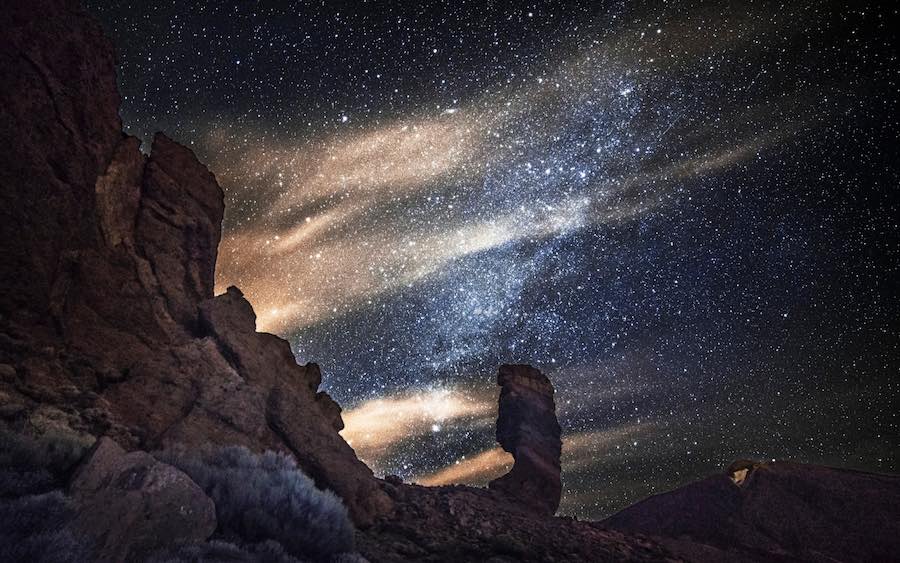 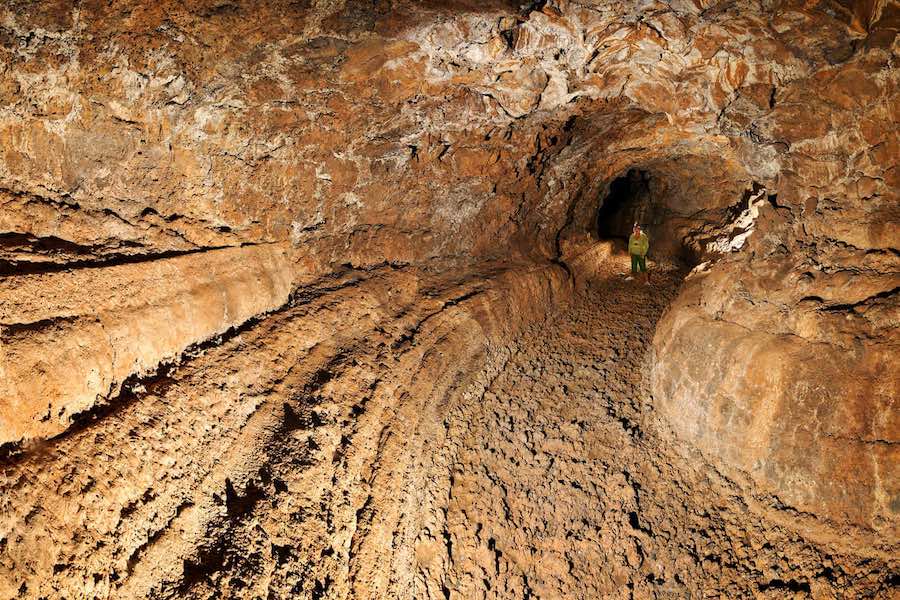 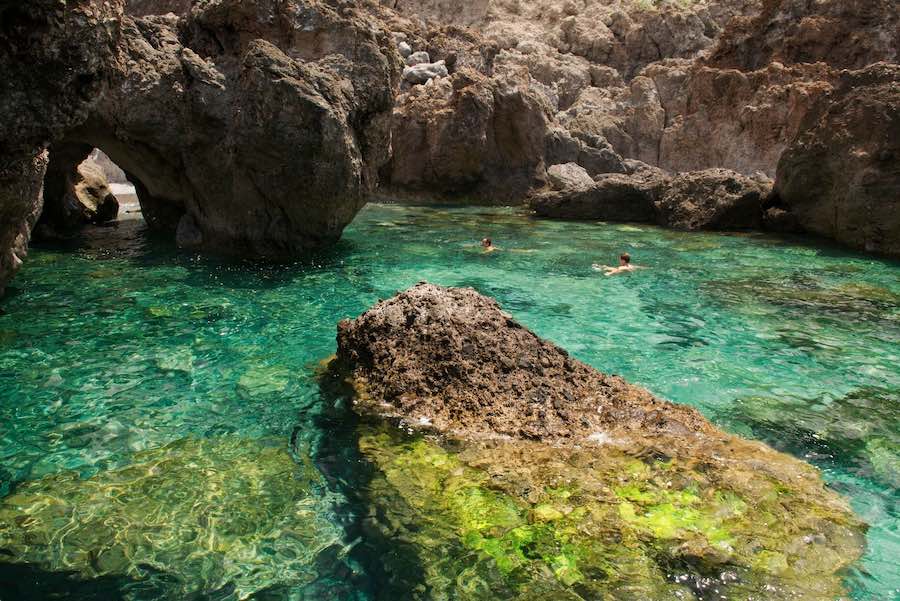 Population of around 900.000people and around 5.7million visitors per year.

Holds the highest point in Spain: El Teide with 3718m.

From the South to the North it is a 50min drive only.

The climbing paradise in Tenerife! This is the area where most of the climbing routes are and the area is still growing. But, on the downside, this is a very arid and desolate area, hence why it’s the least populated in Tenerife. Practically it means that there are not many houses nor supermarkets or restaurants and they are, let’s face it, “handy” while on a holiday. From the Roxtore Tenerife Outdoor in Villa de Arico, which can be considered as the closest agglomeration to the climbing areas, it is still a 45min walk.

So basically there are no houses in Arico in the climbing areas, no matter where you are, you  will always need a car and a 10 to 20min drive to get there.

Tenerifelodge therefore offers lodges in a triangle around the Arico area, staying at one of our accommodations will give you the best location to fully experience both climbing and visiting the island. No matter in which lodge, you will still be within a very short drive of all the rock action.

We love Granadilla! The village is small but very much alive and its restaurants attract foodies from the neighboring villages to spend the night out in a nice setting and get some excellent food. Granadilla has all the major Spanish supermarkets, a local farmers’ market, within a short drive you are at any climbing area, El Teide is a 40min drive away and to get to the largest natural beach, with its trendy boho village, you need a 10min drive only. All in all, a great holiday combo!

Climbing Mount Teide is a dream shared by many people and that’s why you need to get a permit. To observe various islands at the same time, with the entire geography of Tenerife at your feet, breathtaking sunrises and sunsets or smelling the sulphur emitted from volcanic fumaroles are some of the experiences that await hikers who ascend to Teide’s peak. The ONLY site to book your permit to access the summit of El Teide is:

Book well in advance as only a limited number of guests are allowed up every day. The permits are fully controlled by the local government and coupons can not be bought in advance by guides or tour operators.

If you decide to spend the night at El Refugio keep in mind that:

(will be closed on windy and extreme weather days)

Internationally known as “the island of eternal spring”, Tenerife holds a warm tropical climate with an average of 18º-24ºC in the winter and 24º-28ºC in the summer.

Basically, it means that winters are never cold, and summers are never hot. Yes, we have perfect weather conditions to go climbing, ALL year round (that is summer included!).

The North and South have very different climate characteristics. The windward Northwestern side receives 73% of all precipitation…and that’s why you’ll find us in the South.

In Tenerife we have a wide selection of good and trendy restaurants and the offer is growing every day. Our restaurants offer fresh home cooked meals at very reasonable/cheap prices. They offer a range of cuisine, from contemporary using the freshest local produce, delicious ethnic food, quick bites for those on the go as well as vegetarian and vegan-friendly menu items with a focus on flavour.

There is something for everyone, and every mood, in cosmopolitan Tenerife.

With the booking of your accommodation we will send you a list of all our favorite restaurants close to your lodge.

Now if you prefer to be your own cook then you should check out the many different veggie markets of the island, with the booking of your lodge we will send you info on the local markets (&days) close to you.

Tenerife holds a few World Heritage Sites such as the city of La Laguna and Teide National Park, and yes! they are well worth a visit.

Teide National Park was declared a World Heritage site in 2007 and is one of Spain’s 12 wonders. The park holds a great variety of wildlife, vegetation and the Teide volcano.

La Laguna has been evolving since its founding more than 500 years (late 15th Century) ago and has retained conditions of authenticity in its street pattern, its open spaces, and its monuments which still preserve a visible time continuity. Original facades survive in large numbers, providing an authentic historic streetscape combining Islamic and European elements. Walk through the village and visit (at no cost) the many colonial houses, their amazing patios, the churches and make sure to have a Barraquito or Reina at one of the many little cafés.

TITSA run an extensive system of buses used within the cities and to connect most of the towns. Unfortunately, connections to the climbing areas are VERY time consuming and the closest bus stop to a climbing area in Arico is at a 5km (uphill) distance, so a rental car is your best (and only) option when discovering the remote wilderness regions/climbing areas.

Taxis are fair prized and easy to find in the more touristic areas; the climbing areas are however not touristy…

and no, we insist, using a bike as a means of transportation is crazy, unless you go electric maybe…

Here are a few interesting places we think are worth a visit:

Remember to look up at night and observe how our skies have preserved their natural darkness owing to the lack of light pollution. In fact, the sky of the Canary Islands is protected by the Sky Act (Law for the Protection of the Astronomical Quality of the IAC Observatories) that provides four essential aspects for quality astronomical observations: light pollution, radio spectrum pollution, air pollution, and air routes.

Did you know the Canary Islands are one of the three best spots in the world to observe the sky, along with Chile and Hawaii?

In Tenerife we have the world’s largest solar observatory, located at an altitude of 2.390 m with a concentration of the best European solar telescopes and it is possible to visit its facilities during guided visits.

This lava tube is the fifth longest in the world with 18 kms mapped to date. It is a huge labyrinth network of underground passages, with many unexplored branches that will undoubtedly add to its overall length in the future.

Cueva del Viento has a unique network of galleries arranged in three superimposed levels; a phenomenon that has not been recorded in any other place in the world.

Visits need to be booked in advance: www.cuevadelviento.net

The Carnival of Santa Cruz de Tenerife is held each February or March and attracts people from all over the world. It is considered the second most popular and internationally known carnival, after the one held in Rio de Janeiro (Brazil).

The festivities on the streets of Santa Cruz de Tenerife start on the Friday before Carnival with an opening parade and reaches its height during the night when thousands of people in fancy dresses dance until the early hours of the next day. The party continues night after night until Ash Wednesday. That day, the people of Santa Cruz de Tenerife celebrate the “entierro de la sardina” (burial of the sardine) and with this event the carnival is officially over.

All info on the event: www.carnavaldetenerife.com

Natural pools in Tenerife are a space in which, due to its naturally closed formation, the waters are filtered without any human involvement.

Swimming in the cobalt-blue, crystal waters of the Atlantic Ocean is always a pleasure, but swimming in natural pools in Tenerife is something truly special.

There are plenty of piscinas naturales in Tenerife, but we recommend El Caléton de Garachico, because of its beauty and his easy access.

The pool is located next to the Castillo de San Miguel (XVI) and is formed from pure lava. It is a perfect pool for the whole family as it is protected from the ocean by huge rocks. A trip to this pool can be combined by a visit to the village, which used to be the most important port in the 17th-18th Century.

Check out our accommodations close to the climbing areas